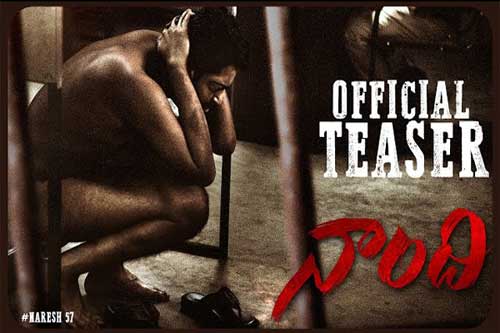 Hero Vijay Deverakonda has just unveiled the teaser for Naandhi on the occasion of the film’s hero Allari Naresh’s birthday. The film marks Naresh’s 57th project and going by the teaser, it promises an intense and emotional experience.

Naandhi’s story is about the undertrials who languish in Indian prisons for years without any judicial trial for their alleged crimes. Allari Naresh plays one such undertrial. The brutal torture subjected to Allari Naresh’s character and other undertrials will be stomach-churning to watch on the screen.

Debutant Vijay Kanakamedala is directing the film which has been produced by Satish Vegesna. Varalaxmi Sarathkumar plays a key role in the movie.