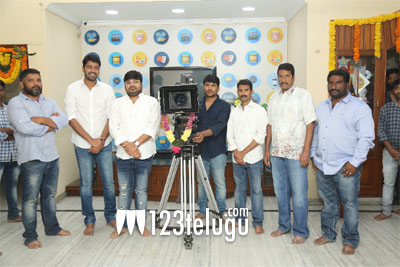 Just weeks after he began shooting for Bheemineni Sreenivasa Rao’s upcoming film, Allari Naresh has signed yet another film. The untitled film is going to be produced by Anil Sunkara and it will be directed by P V Giri.

The film was launched earlier today, and team is confident that it’s going to be laugh riot. “This time we took double the time and triple the care to make sure our hero bangs the boxoffice recreating genuine laughs for all,” Anil Sunkara posted on Twitter.

More details about the film’s cast and crew will be announced soon.