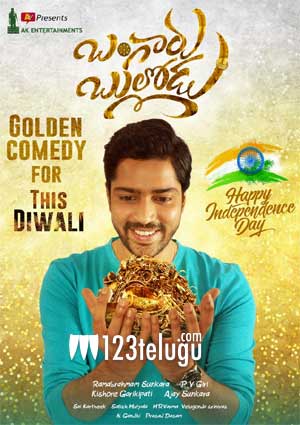 It is a known fact that comedy star, Allari Naresh is doing a film called Bangaru Bullodu which is nearing its completion soon.

Meanwhile, the makers today revealed that the film will be out this Diwali in October 2019. The dubbing works for the film have already begun.

Directed by P.V. Giri and produced by Ramabrahmam Sunkara, this film is Naresh’s 55th film in his career. Pooja Jhaveri plays the leading lady in the film.