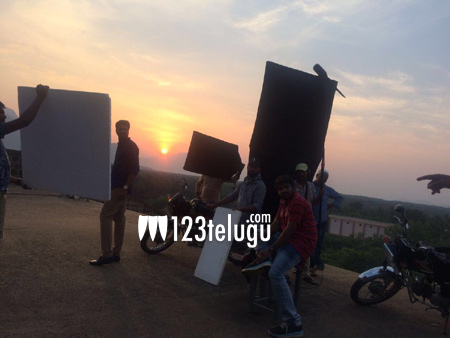 It is well-known that comedy hero Allari Naresh began shooting for Meda Meeda Abbayi from mid March. The film’s unit has wrapped up the first schedule in the picturesque Pollachi in Tamil Nadu.

Meda Meeda Abbayi is an official remake of the super hit Malayalam movie, Oru Vadakkan Selfie. Nikhila Vimal is the film’s leading lady and Prajith Karanavar, who had earlier directed the original version, is the director. Boppana Chandrasekhar is producing this movie.