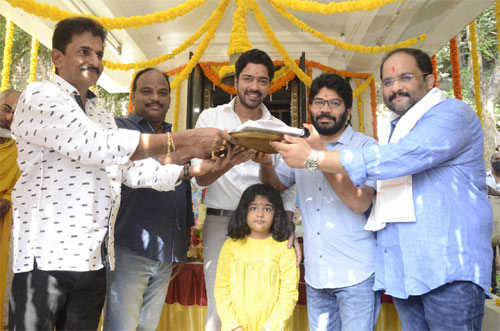 It is a known fact that Allari Naresh is doing a film which has been titled Sabhaku Namaskaram. The film is being produced by Mahesh S Koneru and Satish Mallampati will be directing it.

The news now is that the film was launched today with a special Pooja in Hyderabad. The first clap was given by Naresh’s daughter and Naandhi director Vijay switched on the camera.

The film is supposed to be a hilarious entertainer and will showcase Naresh in a fun avatar once again. Abburi Ravi is also associated with this film which will start its shoot in the month of September.