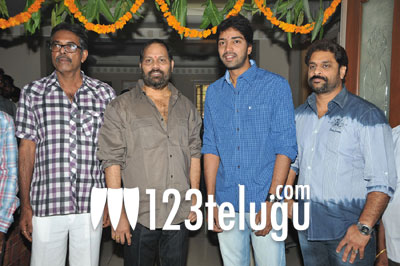 Allari Naresh will soon act in E Sattibabu’s upcoming socio fantasy film. Chanti Addala is going to produce this film and it’s touted to be comedy entertainer with an element of socio-fantasy. The lead actress in the film is yet to be finalized. The film was launched earlier today in Hyderabad and speaking at the event, Chanti Addala said, “Koti has composed six beautiful tracks for the film and currently we are recording them. Kiran Kumar is going to build eight huge sets for the film and we are sure that they’ll be mind blowing.” The film will go on floors in April and the shooting will on till July and it might hit the screens in either August or September. More details about this film will be announced soon.