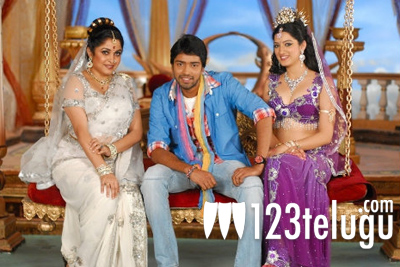 Comedy King Allari Naresh’s socio fantasy entertainer ‘Yamudiki Mogudu’ is getting ready to hit the screens tomorrow. The movie will release on the 27th in India and on the 28th in USA. Richa Panai is the heroine in the movie and Satti Babu is the director. Because of the Box Office success of Naresh’s earlier flick ‘Sudigaadu’, the movie is getting a good release.

The big budget film will see Naresh falling in love with Lord Yama’s daughter. Shayaji Shinde is playing the role of Yamadharma Raja and veteran actress Ramya Krishna will be seen as his wife.

Koti has composed the music for this movie and Chanti Addala is the producer.