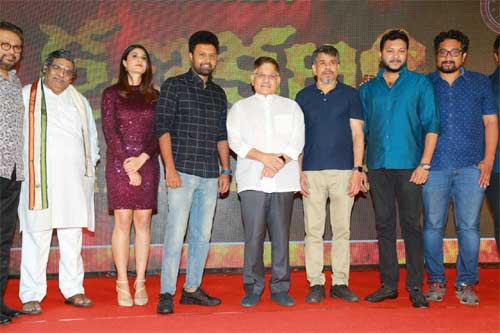 Kshana Kshanam is a 2021 film that has created a lot of buzz in the last few days. The film is a dark comedy and will be out on the 26th of this month.

The film’s pre-release event was held yesterday and Allu Aravind was the chief guest along with Sirivennela Seetaramasastry. Speaking at the event, Allu Aravind said that he is quite fond of hero Uday Shankar and his father has been a guiding force in his life.

Allu Aravind also added that he has heard a lot about this film and wished the team a big success. Hero Uday Shankar also said that he needs the blessings of everyone and has worked so hard on the film.

He also added that the film has come out well and will impress everyone. The film is directed by Karthik Medikonda and is produced by Dr. Varlu.