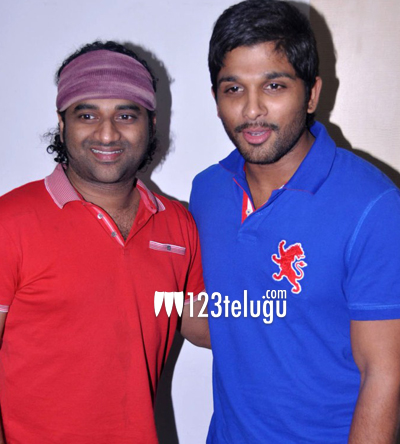 The successful combination of Trivikram Srinivas and Allu Arjun have teamed up again for S/O Satyamurthy. The film is nearing its release on the 9th of April and a special promotional video has been planned by the team.

Music sensation Devi Sri Prasad and Allu Arjun will feature in a special promotional video which will be released soon. This is the second time that Devi and Bunny have featured in a special video. Even for Julayi, they made a video called Pakdo Pakdo which went on to become a huge hit.

K Radha Krishna is the producer and Samantha, Adah Sharma and Nitya Menon play the female leads in this film which also has Kannada star Upendra in a crucial role.