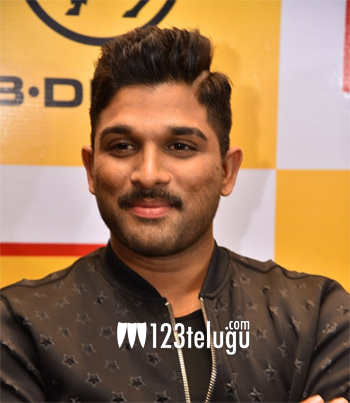 Allu Arjun has turned a new chapter in his illustrious career as an actor. The Stylish Star, as he is fondly called by his ardent fans, has completed 15 glorious years in Tollywood. The actor’s maiden film, Gangotri, was released on this day, in 2003. Bunny had first made his silver screen debut with a brief cameo in Megastar Chiranjeevi’s 2001 film, Daddy.

Gangotri was directed by veteran filmmaker K Raghavendra Rao and produced jointly by Allu Arjun’s father Allu Aravind and Ashwini Dutt. The film was a run away hit those days. Bunny later appeared in remarkable films like Arya, Desamuduru, Vedam, Race Gurram, Sarrainodu and Rudhramadevi to name a few.

Allu Arjun’s next film, Naa Peru Surya Naa Illu India, is slated for release in the first week of May.