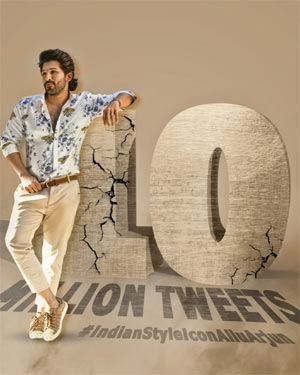 Hero Allu Arjun has one of the most strongest fan following on social media. Reiterating this fact, his crazy fans have just set a new record on Twitter. They have trended the hashtag #IndianStyleIconAlluArjun over 1 crore times in 24 hours.

The trend has been declared as the “biggest ever unoccasional” on Twitter. It all began when a couple of stylish photographs of Allu Arjun went viral on the internet a few days ago. Fans seem to have been determined to prove that they don’t call Bunny a Stylish Star for nothing.