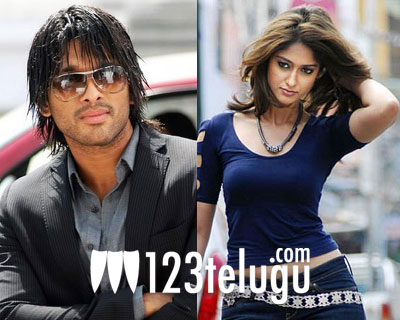 Shooting of Allu Arjun’s upcoming film in the direction of Trivikram Srinivas was disrupted by Telangana Activists today. The shooting location was filled with protesters who shouted Telangana slogans and the shoot had to be stopped. A few scenes were being canned on Brahmanandam and Ileana at the time. Brahmanandam was mobbed and he was forced to shout slogans in support of Telangana.

However, Police forces stepped in and arrested the agitating members.Shooting resumed after a brief gap and security forced were on hand to provide protection for the members. The shooting was taking place at a private hospital in Kukatpally Housing Board colony.

Allu Arjun was not on location at that time.