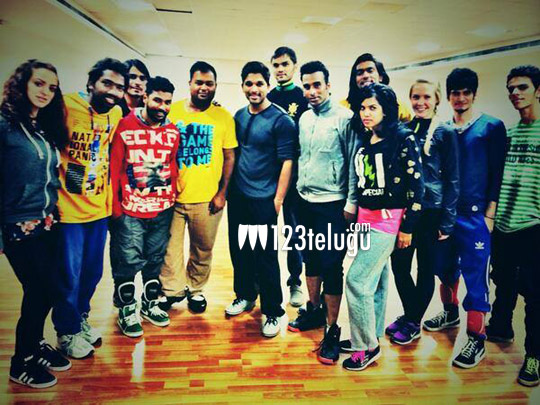 Stylish Star Allu Arjun is getting ready to entertain his fans with some thrilling dances in the movie ‘Race Gurram’. The actor has been rehearsing since many days for one particular dance and this song is expected to be a special highlight for the movie.

The film’s talkie part has been completed some time back and a song remains to be shot. From tomorrow, the song ‘Down Down Down’ will be shot on Allu Arjun. Thaman is composing the music for this movie and Surender Reddy is the director. The film is getting ready for a release this summer.

Shruti Haasan and Saloni will be seen as the heroines in this movie and Nallamalupu Bujji is producing the film.