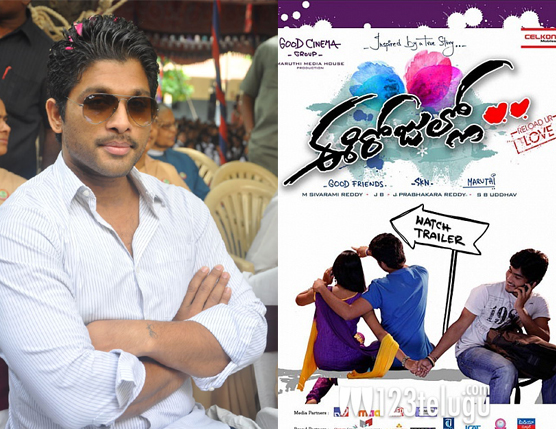 Stylish Star Allu Arjun is going to attend the audio launch of ‘Ee Rojullo’ as the Chief Guest of the event.Allu Arjun is a good friend of the producer and that is the reason why he has accepted to attend the movie’s audio launch function. The audio album will be launched on February 9th at Shilparamam and Maruti is making his debut as a director with this film. The movie is being produced by Good Friends Movies banner.

Srinivas and Reshma will be seen as the lead pair in this movie and they are making their debut with this film which is being touted as a romantic entertainer. Music is being scored by JB.