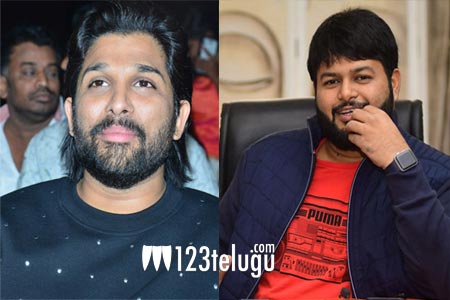 The last-minute formalities of Allu Arjun’s new film with Trivikram are being finalized as of now by the makers. The news is that Bunny is keen on having Thaman as the music composer of the film.

Thaman has also worked on Aravainda Sametha and Trivikram is also mightly impressed with Thaman. If everything goes fine, Thaman will be brought on board.

The hunt for the heroine is still on and we need to see which actress will play the lead.