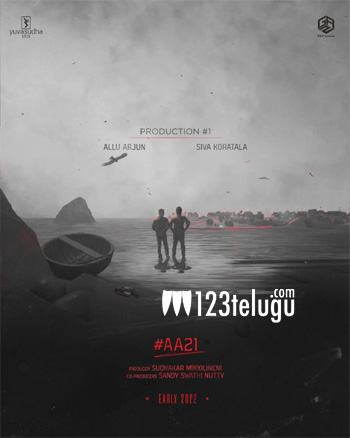 This crazy project will be made in multiple languages and will have a pan-India release. Allu Aravind’s GA2 Movies and Koratala Siva’s close friend and noted film distributor Mikkilineni Sudhakar’s Yuva Sudha Arts will be jointly bankrolling the film.

The makers are yet to come up with more details about the project. Both Bunny and Siva will be joining forces once they wrap up their immediate assignments, Pushpa and Acharya, respectively.