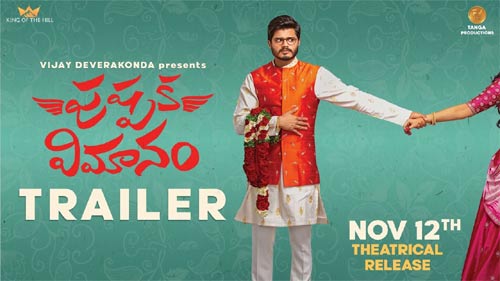 Anand Devarakonda is slowly but steadily making his mark by doing different films. He is now back with a film called Pushpaka Vimanam.

The trailer of the film was released by Allu Arjun and looks quite fun. Anand Devarakonda is shown as this simple school teacher who manages to create interest around that his wife is pretty much with him in spite of her leaving him for someone else.

This aspect has been nicely introduced in the trailer and Anand looks perfect in his role. Sunil is seen as a cop in this film and the situational comedy is good.

There is also a suspense factor that is created and the director Damodara does well to evoke the interest. Produced by Vijay Devarakonda, this film is up for release on the 12th of November.