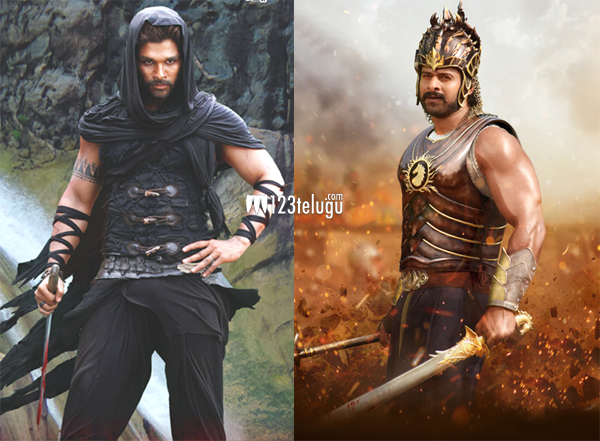 Allu Arjun has praised Prabhas’s look in the recently released poster of Bahubali. “Prabhas’ look in Bahubali looks terrific. Advance birthday wishes to my dearest darling Prabhas.(sic)”, wrote Arjun on his Page. The recently released look of Prabhas has impressed one and all.

Arjun himself plays another period role of “Gona Ganna Reddy” in Rudramma Devi. His look has impressed the audience as well. Looks like we have a good dose of period movies in store for the future.