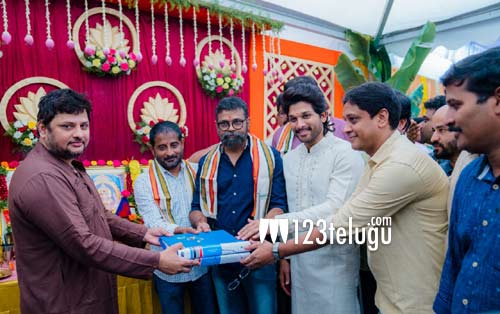 We had reported that Allu Arjun’s new film in the direction of Sukumar will be launched today in Hyderabad.

As reported, the film was launched with a simple pooja ceremony and the film’s main crew attended the event.

The film is a racy action entertainer and will showcase Bunny in a never-before manner.Sukumar is making this film on a mammoth scale altogether.