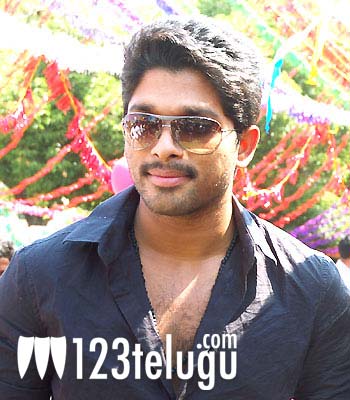 Allu Arjun is quite happy over his achievement on FB. Allu Arjun’s Facebook likes have recently gone past a million and made him the first Tollywood hero on FB to achieve this feat.

As a token of gratitude, Allu Arjun has made a special fifty seconds video and posted this on his official page today. Allu Arjun has thanked all his fans from various languages and various countries for making him the first hero in Tollywood to have crossed one million likes. He has also thanked the site administrators for putting in great effort in maintaining and updating his page from time to time. He further extended his Diwali wishes to all his fans worldwide.

Allu Arjun is currently shooting for his upcoming film ‘Race Gurram’ which is expected to release for Sankranthi. Sruthi Haasan is the heroine of the film and Surendar Reddy is the director.