Allu Arjun to launch Thaman’s Ala Amerikapurramullo promo
Published on Jul 4, 2021 10:00 am IST 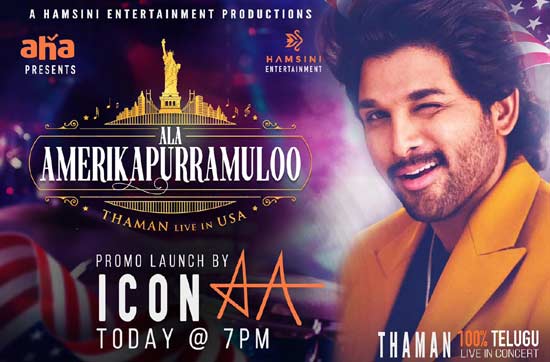 It was recently reported that star music composer Thaman will be performing live in concert across several American cities. Titled Ala Amerikapurramullo, the concert will be organized by Hamsini Entertainment in August and September.

And the latest update is that hero Allu Arjun will be unveiling the promo for Ala Amerikapurramullo this evening at 7 PM. The musical concert will be held in major American cities like Washington D.C., Chicago, New Jersey, San Jose, and Dallas. Stay tuned for the promo launch.