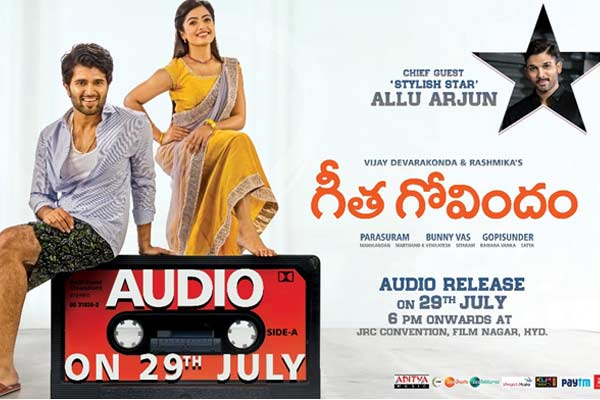 Geetha Govindam is one film which has caught the imagination of many with its interesting teaser and hit songs. The film is nearing its completion and the makers have decided to release the audio on the 29th of this month in a grand way.

Stylish Star Allu Arjun will be the chief guest for this event which will be held in Hyderabad. The new song, What The F, sung by Vijay Devarakonda himself is out now and is making the right noise at all the music channels.