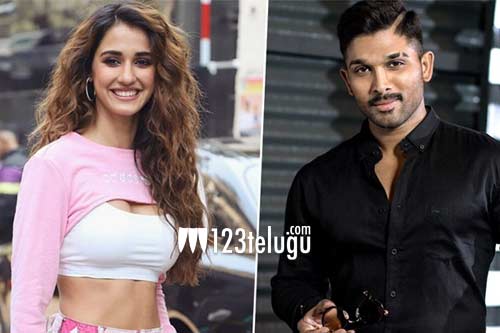 Soon after the lockdown ends, Allu Arjun and Sukumar will resume the shooting for their hat-trick film, Pushpa. Recently, the film’s music composer Devi Sri Prasad hinted that there will be a foot thumping special song in the album.

Now, speculations about the actress who will be seen sizzling alongside the Stylish Star in the special number are going viral already. The latest buzz is that young Bollywood actress Disha Patani is being considered for the song. Incidentally, Disha recently said that she is a huge fan of Allu Arjun’s dances.

Disha is well known to Telugu audiences for her debut film, Puri Jagannadh’s Loafer, which released in 2015. Stay tuned for an official announcement from Mythri Movie Makers.