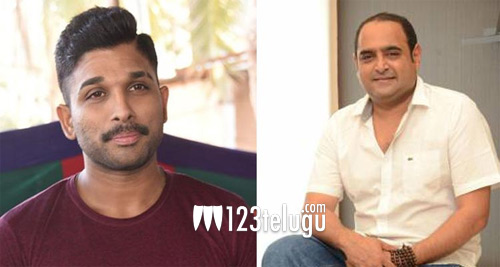 Following the disappointing outcome of his previous film, Naa Peru Surya Naa Illu India, Allu Arjun is yet to announce his next project. He was in talks with acclaimed director Vikram Kumar until recently.

However, the latest buzz in the film circles is that Allu Arjun will be teaming up with his Julayi and S/O Satyamurthy director Trivikram for his next project. But if the latest reports are anything to go by, Bunny has not cancelled Vikram Kumar’s film and he has reportedly told Vikram that he will surely work with him in future.

All said and done, the suspense around the Stylish Star’s next project will be revealed soon. Stay tuned for more updates.