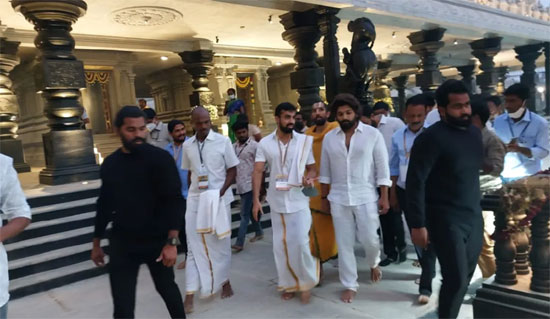 Allu Arjun is basking in the glory of Pushpa and is having his much-needed rest at home. Today, he took some time off and visited the newly inaugurated statue of equality in Hyderabad.

The video of Bunny being shown around the premises has now gone viral on social media. A few days back, PM Modi launched the statue of equality and now the statue is open to the public.

The Statue of Equality also referred to as the Ramanuja statue, is a statue of the 11th-century Vaishnavaite Ramanuja, located on the premises of the Chinna Jeeyar Trust at Muchintal, Hyderabad. It is the second tallest sitting statue in the world.