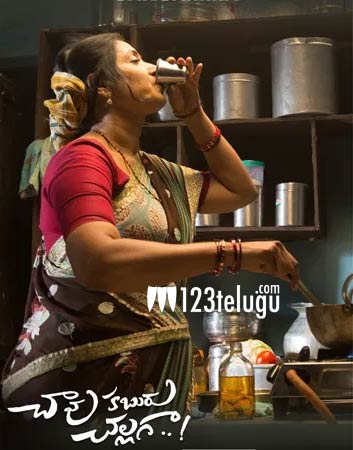 Star hero Allu Arjun was the chief guest at the recently held pre-release event of Kartikeya and Lavanya Tripathi’s Chaavu Kaburu Challaga. During his speech, Bunny had said that he watched the movie and particularly praised former heroine Amani’s role in it.

In a latest interview, Amani expressed her happiness on receiving applause from the Stylish Star. She said that Allu Arjun’s appreciation felt like winning an award. Amani went on to reveal that she plays an author-backed role of a mother who struggles to see her son settle in life. A picture of Amani boozing as she cooks in the movie has been making a splash on the internet.