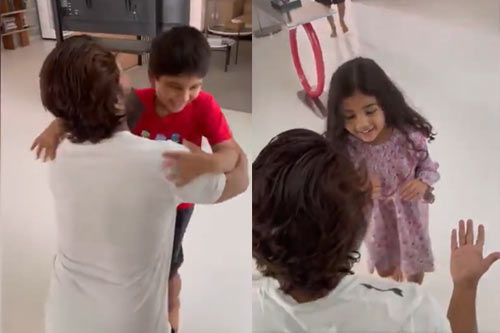 Here’s Tollywood star Allu Arjun having some much-needed fun time with his son Ayaan and daughter Arha. The video has been posted by Allu Arjun’s wife Sneha on her Instagram. Bunny is seen showing something in the sky to his kids, while Sneha added Amit Trivedi’s Shaam soundtrack from Aisha in the background.

Allu Arjun recovered from COVID-19 and tested negative around a week ago. He is waiting for the pandemic to subside so that he could resume shooting for his highly-anticipated pan-India action drama, Pushpa. This Sukumar directorial is being made in two parts and Bunny will be seen as a lorry driver named Pushpa Raj in it.