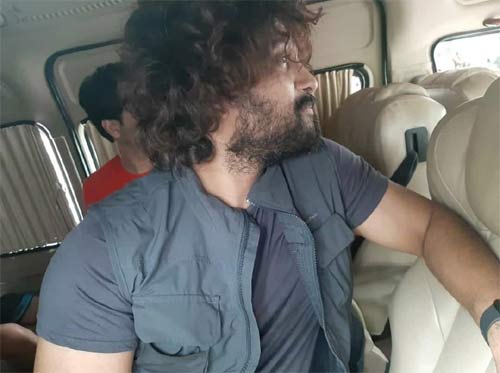 On Saturday, hero Allu Arjun and his family first visited the picturesque Kuntala Waterfalls in Adilabad district. They later headed to the Tipeshwar Wildlife Sanctuary in Maharashtra and spent some joyful time amid the nature.

Allu Arjun’s unexpected visit to the popular Maharashtra forest area led to the rumors that he was also scouting for the right locations to shoot his upcoming film, Pushpa. However, sources close to the actor have refuted the rumors and clarified that it was strictly a family outing.

Meanwhile, Pushpa director Sukumar is busy with the pre-production formalities for the next schedule. The shooting is expected to resume from December in the lush jungles of Kerala.