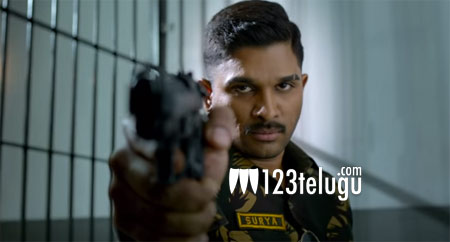 Allu Arjun’s stardom is increasing day by day, and it has once again been proved with the latest news emerging from sources close to him. The actor’s upcoming film Naa Peru Surya, which is gearing up for a summer release, has gotten a terrific deal even before the film’s shoot is complete.

According to the latest reports in the industry, the film has been offered Rs 24 crores for the Telugu and Hindi satellite rights by Zee TV group. It’s well known that Allu Arjun’s films, dubbed in Hindi, do extremely well both on TV as well as the internet. And this news about the satellite rights proves how big Allu Arjun’s market is.

Directed by Vakkantham Vamsi, the film also has Anu Emmanuel in a lead role. Allu Arjun will be seen as an army officer in this action drama.