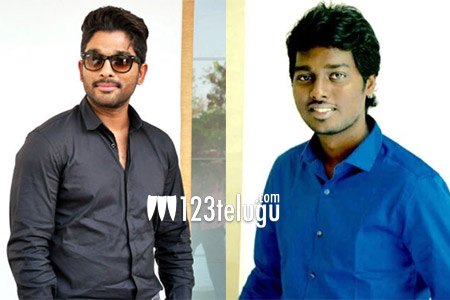 A few hours ago, we had reported that hot-shot Tamil director, Atlee is all set to direct a Telugu film with a star hero very soon. The latest we hear from the film circles is that Allu Arjun might be that hero with whom Atlee with be making this film.

Though this news is yet to be confirmed, this project has been in talks for quite some time now. If this happens, then it might be Allu Arjun’s debut film in Tamil as the film will be a bilingual.

Atlee is the most sought-after director and has given only blockbuster hits so far. If will be very interesting to see Bunny working in the direction of Atlee.

Watch out this space for more updates on this project