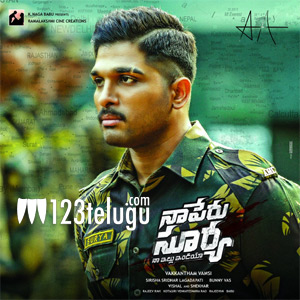 Allu Arjun’s upcoming film Naa Peru Surya is fast nearing completion. The team is going to begin shooting the climax sequence from tomorrow (February 12), and the makers have once again confirmed that the film will release on April 27.

Directed by Vakkantham Vamsi, Naa Peru Surya revolves around an army officer who is extremely angry and impulsive. Allu Arjun has gone for a major makeover for the film, and his performance is going to a major highlight in the film.

A new song from the film will be unveiled as a Valentine’s Day special. Anu Emmanuel is the lead actress in this action drama.