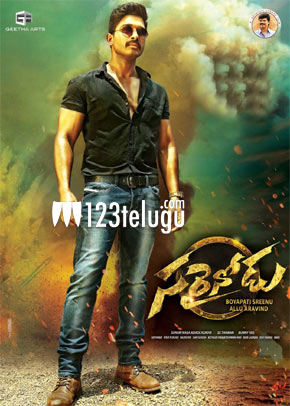 Released in summer 2016, Allu Arjun’s super hit mass action entertainer, Sarrainodu, ended up as the highest grossing movie in the Stylish Star’s career. The film was dubbed in Hindi with the same title and released on YouTube in May, 2017. Now, Sarrainodu’s Hindi version has created a new Indian record.

However, Sarrainodu’s record will be short-lived, as Allu Arjun’s Duvvada Jagannadham is all set to break its record soon. DJ has clocked over 175 million views so far.