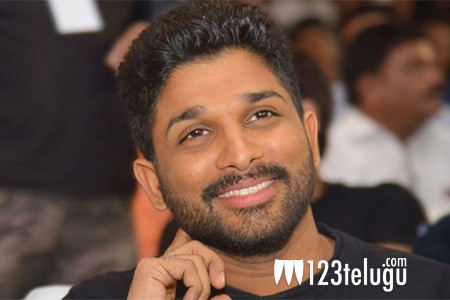 Allu Arjun’s upcoming patriotic drama, Naa Peru Surya Naa Illu India, will be one of the most eagerly awaited movies in the coming summer season. The film’s first impact was unveiled on Jan 1 to a thumping response from fans.

And here’s an exciting update. NPSNII’s makers are planning to can an extravagant dance number in Paris and America. A hotshot Bollywood choreographer will supervise the song, which will also feature international dancers. Bunny’s dance moves in the song are going to be stunning, according to the reports.

Allu Arjun plays a hot-blooded army man in this writer-turned-director Vakkantham Vamsi’s maiden directorial. Anu Emmanuel is the film’s leading lady. Lagadapati Sridhar and Bunny Vas are producing the movie and Naga Babu is presenting it. Bollywood’s musical duo Vishal and Shekar are composing the music. NPSNII is hitting the screens on April 27.