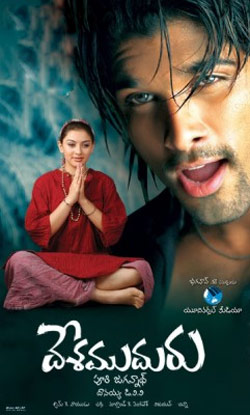 The re-release trends have become quite common these days in Tollywood. First, the old hit films of the actors were screened for their birthdays. But, now they are being screened irrespective of the occasion, and recently, Kushi and Okkadu have done well on their re-release.

Now the superhit film of Icon Star Allu Arjun, Desamudhuru, will have a re-release in a grand manner on 7th April. As the actor’s birthday falls on 8th April, the decision was taken accordingly. The movie was the first to introduce six-pack culture to Telugu cinema.

Hansika Motwani made her acting debut through this romantic action drama which is directed by Puri Jagannadh. Produced by DVV Danayya, the movie had the tunes of the late Chakri. Let’s see how much the film collects.