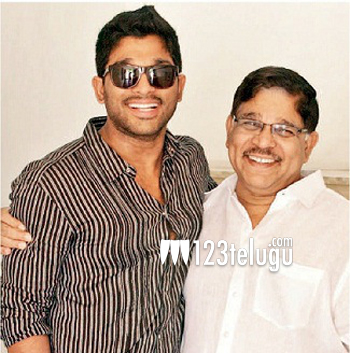 The shooting of Allu Arjun’s latest film in Boyapati Srinu’s direction has been going on at Ramoji Film City for the last few days. Since this morning, rumors of Allu Arjun meeting with an accident during the shooting of an action sequence have been doing the rounds on social media. Bunny’s father and senior producer Allu Aravind denied these rumors.

Clarifying further, Allu Aravind said that Bunny went to the hospital this morning as his wife Sneha will be undergoing a minor surgery. Entire family members are present by Sneha at the hospital. With this clarification, fans heaved a huge sigh of relief and they all wished Sneha a speedy recovery.