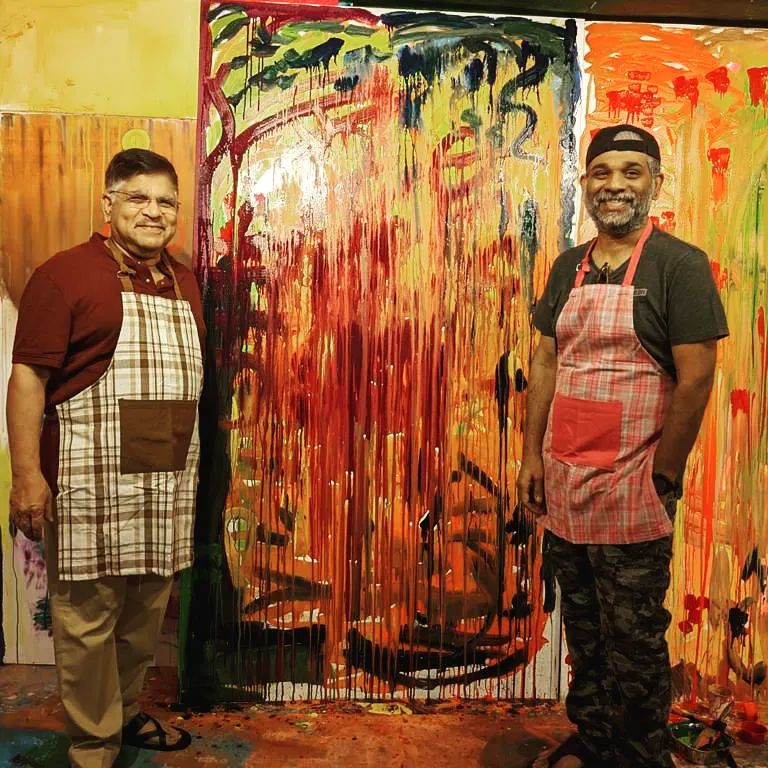 Here’s the Allu father and son, Allu Aravind and Allu Venkatesh, captured while brushing up their painting skills. Allu Venkatesh took to Instagram and shared this special picture in which he is seen posing with his father next to the painting they drew.

Both Aravind and Venkatesh visited the Srishti Art Gallery in Hyderabad on Sunday evening and took part in an ongoing art project. On the work front, while Aravind is busy with a handful of projects in Tollywood and Bollywood apart from Aha originals, Venkatesh is making his debut as a producer with Varun Tej’s Ghani.