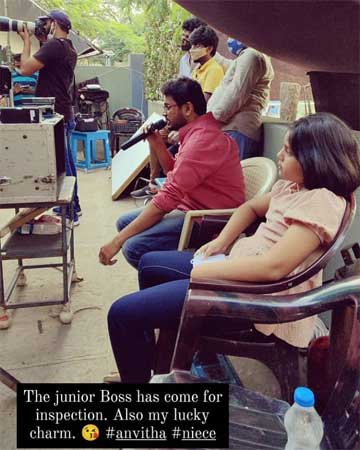 And the day one shoot has had a special guest in Allu Anvita. The doting granddaughter of Allu Aravind visited the set and enjoyed the shooting process while her uncle Sirish gave his shots. Anvita is Allu Aravind’s elder son Allu Venkatesh’s daughter and Sirish is quite close to her.