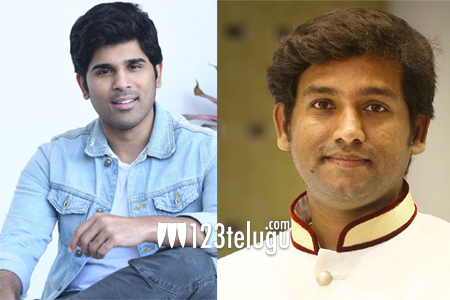 Sanjeev Reddy, the director of Allu Sirish’s ABCD, took everyone by surprise at the recent launch of Mella Mellaga song at an event in Hyderabad. Recalling an incident which happened during the shoot of the song, Sanjeev said that he was quite impressed with how Allu Sirish taught some miscreants a lesson.

“We were shooting a portion of the song and there were some drunkards who passed derogatory comments on the actress (Rukshar). None of us realised what had happened while the shoot was going on, but as soon as I got done with the shot, when I went to meet Sirish, I saw him making these drunkards apologize to Rukshar. He is not only a reel hero, but also a real life hero,” Sanjeev said.

The song, Mella Mellaga, sung by Sid Sriram and Aditi Bhavaraju, has become a big hit and the makers are confident that it will be a chartbuster soon. Judah Sandhy has scored the music. Madhura Sreedhar and Yash Rangineni have produced the film, whereas Suresh Babu is presenting the film.