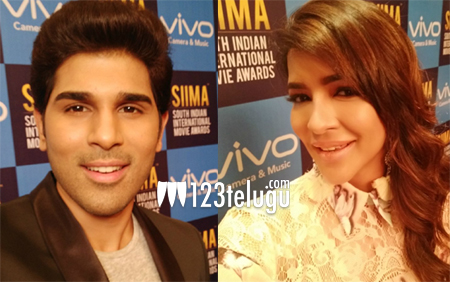 Tollywood stars Allu Sirish and Lakshmi Manchu will be hosting the 6th edition of the South Indian International Movie Awards (SIIMA), which is scheduled to take place on June 30th in Abu Dhabi.

Each year, the SIIMA celebrates and honors the best of South Indian Cinema from all the major film industries down South, Telugu, Tamil, Kannada and Malayalam. This year too, several blockbuster and critically acclaimed movies are in the fray for top honors.