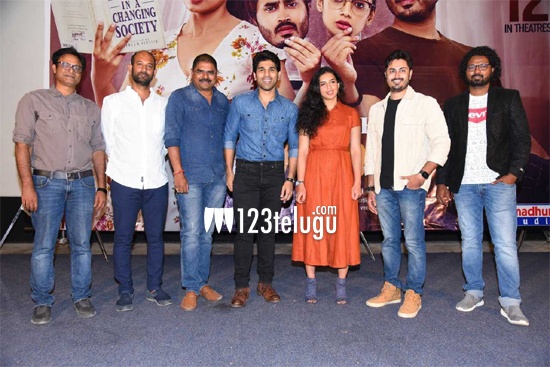 Speaking at the launch event, Sirish appreciated the trailer and also wished the entire team a great success. Sirish particularly lauded the film’s director-producer Jayanth Gali, who quit his job in the US and returned to Hyderabad with a passion to make movies. Sirish revealed that the director was inspired by one of his articles on movie making.

Going by the trailer, Love Life and Pakodi’s story revolves around a young couple. The storyline reflects how today’s youths look at love, marriage, friendships, relationships and commitments. The film has wrapped up its post-production and is scheduled to hit screens on March 12th. Colour Of My Ink Films banner has bankrolled the film.