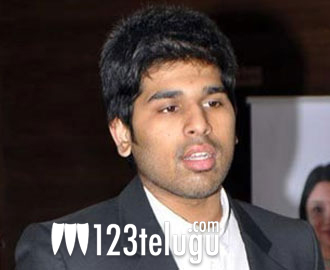 A few days ago, we broke the news that Allu Sirish, the brother of stylish star Allu Arjun, is going to make his debut as a hero in the Tamil film industry with a remake of either Prabhas’s ‘Mr. Perfect’ or Naga Chaitanya’s ‘100 % love’. We have now received information from highly reliable sources that he will be making his debut with the Tamil remake of Mr. Perfect.

Mr. Perfect was a successful movie in the year 2011 and the film had Prabhas and Kajal in the lead roles. A new heroine will be chosen to act opposite Allu Sirish. Sirish is currently in Mumbai and he is getting trained in the various facets of acting.Sirish’s debut marks the entry of one more hero from the Mega camp.

An official announcement regarding the same is expected to be made soon.