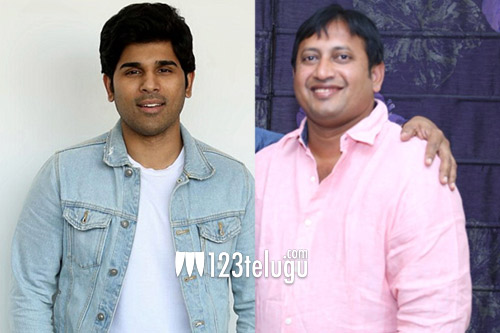 SKN, the long-time PR manager for the Allu bothers, Allu Arjun and Allu Sirish, and a few other Mega heroes, turned full-time producer with Vijay Deverakonda’s Taxiwaala. And who else but the man who spotted SKN, Allu Sirish himself, is proud of his manager and friend’s successful journey in Tollywood.

Today, a Mega fan on Twitter appreciated SKN’s loyalty and efforts in supporting the Mega family heroes over the years. Replying to the tweet, Sirish said that he had met SKN as a fan some 15 years back. Sirish went on to reveal that when he asked SKN what he wanted to do in life, SKN shocked him with his reply – “Serve mega family & be with you all.”

Sirish further revealed that he then introduced SKN to Bunny who later hired him. “We’re so proud of his journey from fan to PR to Producer. I’m happy he’s associated with us,” Sirish tweeted about SKN.

I met Seenu as a fan 15 yrs back. Asked him, "What do you wanna do in life?" He said "Serve mega family & be with you all." I was shocked! Introduced him to Bunny and he hired him. We're so proud of his journey from fan to PR to Producer. I'm happy he's associated with us. https://t.co/YnHenKDcDK