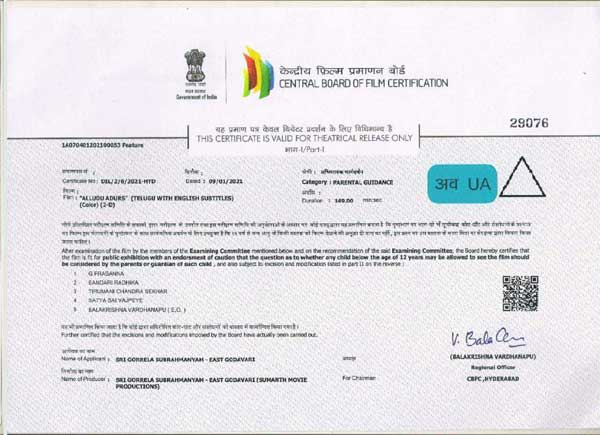 Young stars Bellamkonda Sai Srinivas, Nabha Natesh and Anu Emmanuel-starrer mass action entertainer, Alludu Adhurs,has wrapped up its censor formalities this evening. The has been certified UA by the CBFC. The censor certificate reveals that the film has a duration of 2 hours and 29 minutes.

Alludu Adhurs is all set for a grand release during the upcoming Sankranthi festive season. The film’s success at box-office will give a boost to Tollywood. Kandireega director Santhosh Srinivas has directed the film and Gorrela Subramanyam has produced it under Sumanth Movie Productions banner. The film has its music composed by Devi Sri Prasad.
Attachments area