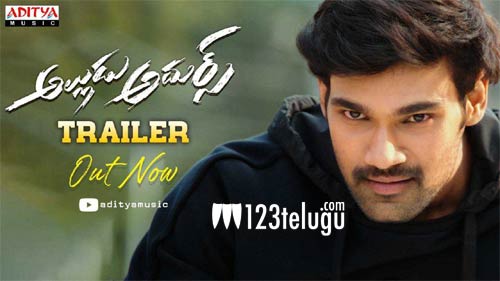 Alludu Adhurs is a film that many are waiting for as it has a young hero, Bellamkonda Srinivas in a lead role. The film will be out on the 15th of this month as a Sankranthi special.

The makers have released the trailer today which looks a lot of fun. For the first time, Bellamkonda Srinivas is seen in a very happy go luck and energetic role. The trailer showcases him in a superb manner and elevates his heroism.

By the looks of it, the film is going to have a lot of comedy. Noted stars like Sonu Sood and Prakash Raj are seen in negative roles in this film. Though the film is a regular masala entertainer, the makers have packed it with good moments that will impress the audience. Nabh Natesh plays the main female lead in this film which has music by DSP.