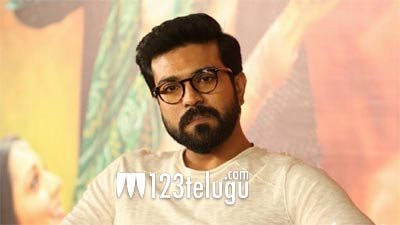 The entire Mega family and fans were devastated by the sudden demise of Noor Ahmed, a senior Mega fan and Greater Hyderabad Chiranjeevi Yuvatha president who died of heart attack a couple of days ago. Chiranjeevi and Allu Arjun personally visited Noor’s family and paid last respects to Noor’s mortal remains.

Even Ram Charan had issued a note condoling Noor’s demise. Now, Charan offered Rs 10 lakh financial aid to the bereaved family members. Charan also said that he will soon meet Noor’s family. Charan further said that Noor was quite special among all the Mega fans and recollected the charity work Noor did on behalf of the fan’s association.

Charan also revealed that he had once visited Noor in a hospital and spoke to the doctors and ensured better treatment. “I am deeply devastated by Noor’s sudden demise. I pray that his soul rests in peace,” Charan said.
Ram Charan’s financial assistance to senior Mega fan’s family