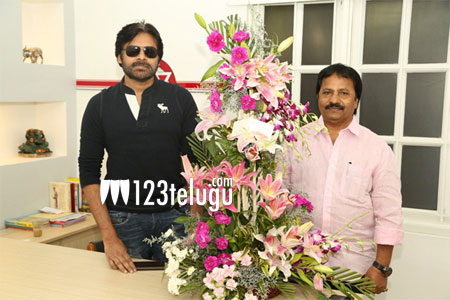 Senior producer AM Rathnam today greeted Power Star Pawan Kalyan on the occasion of the 17th anniversary of the blockbuster youthful entertainer, Khushi. This SJ Suryah’s directorial released on April 26, 2001 and went on to become an industry hit during those days.

Khushi is a campus love story that also features Bhumika Chawla as its female lead. Superhit romantic track between the lead pair, chartbusting soundtrack composed by Manisharma and PC Sreeram’s visuals together made the film a milestone in Pawan’s career.