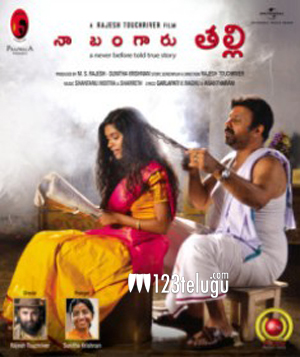 123telugu had already reported that the National Award winning film, Na Bangaru Talli is going to release with the help of public investment on the 21st of November. According to the latest update, the idea of public investment was given to producer Sunita Krishnan by none other than Amala Akkineni.

Amal suggested that the producer take the help of general public to invest their money to release this film. Now, as few people have invested good amount, she is releasing this film in collaboration with Reliance Entertainments. Na Bangaaru Talli is a film based on human trafficking and has won three awards including the award for Best Feature Film in Telugu.