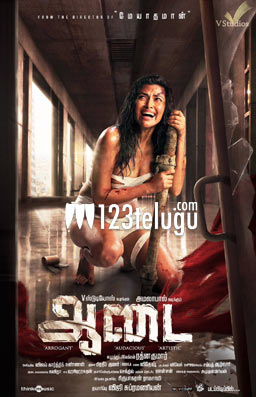 After the bold first look poster that was released during the film’s launch last year, the makers of actress Amala Paul’s latest Tamil film, Aadai (The Dress), unveiled the film’s striking teaser today. Amala Paul takes her bold act to the next level by going nude in the teaser.

Aadai is a mystery thriller which is primarily centered around Amala Paul’s character which goes missing mysteriously. The suspense is well maintained throughout the teaser with some wonderfully designed shots and a haunting background score and female vocals. Amala Paul is being flooded with appreciative messages for her bold portrayal of a damsel in distress. Aadai is being directed by Rathna Kumar. V Studios is bankrolling the project.