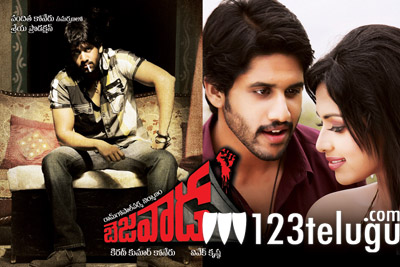 Amala Paul is eagerly looking forward to her debut film Bejawada in which she plays the lead role opposite Naga Chaitanya. Talking to a leading newspaper she said that Bejawada is the best debut she could hope for in Telugu at this point of her career.

She plays a bold character named Geetanjali who falls in love with a rowdy in the film. Vivek Krishna has directed the film which is based on real incidents which occurred in Vijayawada in the 1980s and 90s. Amala Paul had recently bagged the lead role opposite Suriya and she has signed another bilingual film opposite Siddharth. With back to back big projects in her kitty, she has turned out to be one of the busiest actresses in Tamil. Let’s see how her Telugu film career takes off post Bejawada’s release. The film is going to hit the screens on November 24.