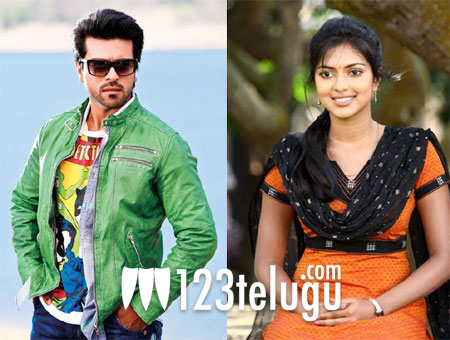 Amala Paul is slowly turning out to be a hot property in Telugu film industry. After making critics take notice of her performance in Prema Khaidi and Nanna, she’s earning rave reviews for her role in Love Failure. The latest buzz is that V V Vinayak has signed her up for his upcoming film which has Ram Charan Tej in lead role. Kajal Aggarwal is paired up with Ram Charan in this film and Amala Paul is likely to be the second lead. After a disastrous start in Vivek Krishna’s Bezawada, this film could very well be Amala Paul’s ticket to stardom in Telugu, if she signs the dotted line. DVV Danayya is producing the film and S S Thaman is composing the music. The film went on floors earlier this month and some action scenes were canned in Old city.